A homeowner on our residential island called my attention to the bird pictured below in several photographs.  The heavily curved bill suggests this bird is tropical, but after putting out inquiries on Xeno-Canto, which reached many knowledgeable people in the Americas, it was decided by all who rendered an opinion that is was a bill deformity on a Ruby-throated Hummingbird ( Archilochus colubris) a species which is fairly common on the coasts of Georgia and South Carolina in winter.

This bird has been at the homeowners residence since the height of fall migration in September, to the best of their recollection.  I was made aware of it incidentally on 23 November 2017. They had no idea it was such a novelty, and they host Ruby-throats each winter. I looked at the shape of the head, the crown, the presence of a post-ocular spot, and the shade of gray on the cheek. The white terminal portion of the tail feathers seems longer than ordinary as well. I did see the beginning of a buffy breast and belly which caused added confusion. The thickness of the bill is notable, but it does not appear heavy when observing the bird in person.

My sources are Stiles and Skutch, Birds of Costa Rica; Howell and Webb, Birds of Northern and Central America; Williamson, Hummingbirds of North America; and Sibley, The Sibley Guide to Birds.  There were no other matches, and since there is nothing on the Web about bill anomalies in Archilochus hummingbirds, I will leave this posted. 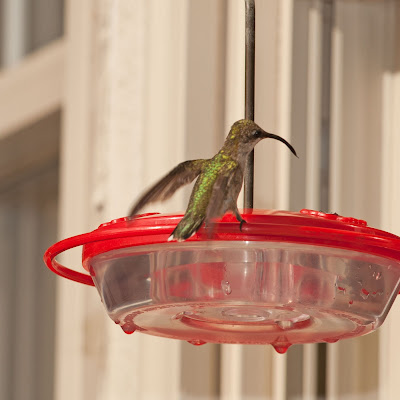 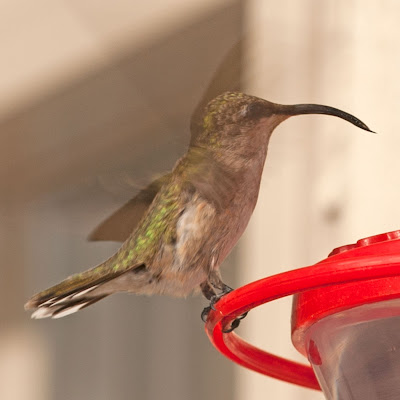 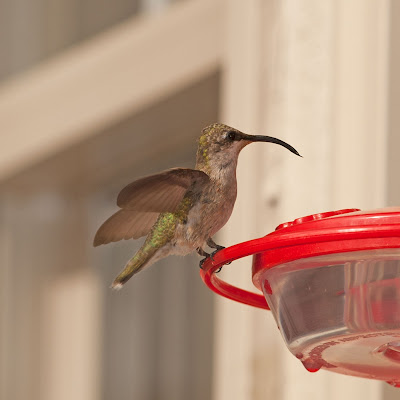 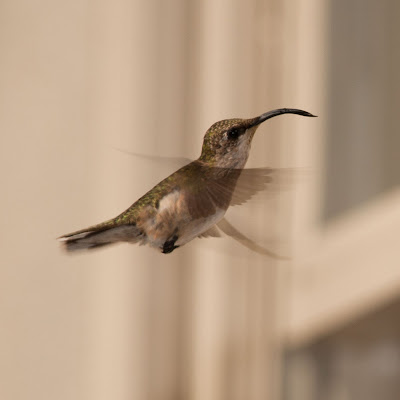 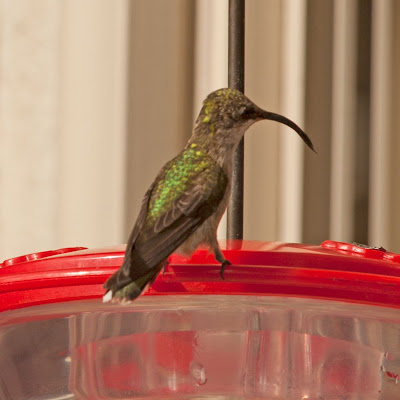