I know this is winter, if no other reason than it's just February, but some male birds are already showing signs of courtship and undergoing plumage and behavioral changes to make them more attractive to picky females. Wading birds such as Great and Snowy Egrets, as well as Boat-tailed Grackles and Hooded Mergansers are all in the subtle process of developing new feathers and color.  Even behavior among Great Blue Herons is evident at this early stage.

While spectacular natal plumage will soon grace some egrets, under the radar the space between the eye and the bill of most waders, called the lores, will begin to develop deep coloration.  So, be sure your camera has fresh batteries, because this seasonal show will be on display before you know it. 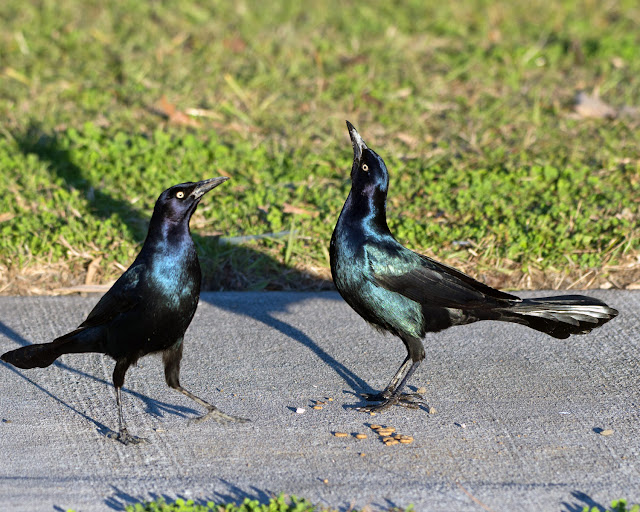 Boat-tailed Grackles will develop glossy black plumage, point their bills straight up to threaten interlopers, and fan their tails to look even more imposing and attractive. 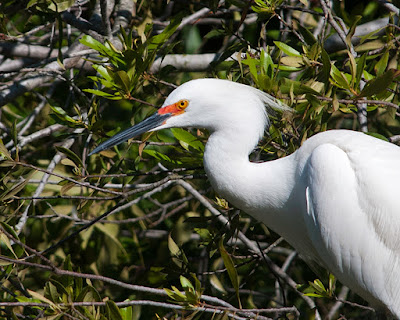 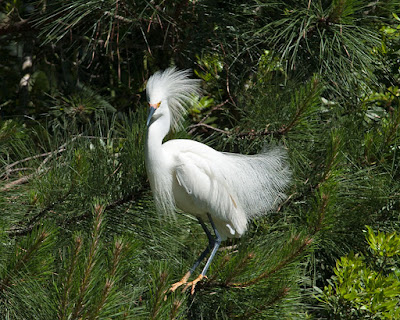 The Snowy Egret above will sport a head dress and brilliant red lores as you can see on the picture on the right. 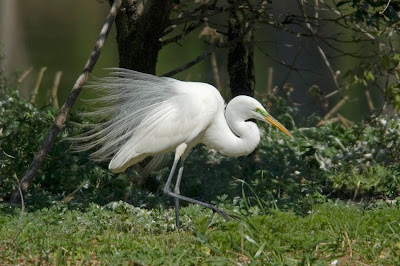 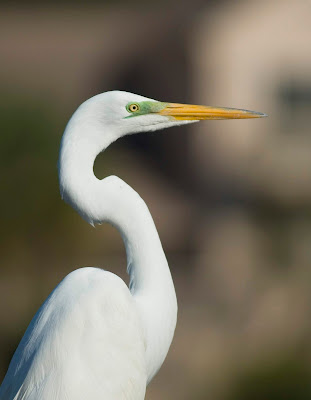 Indulge me for a moment: At the end of the 19th century wearing bird plumage was all the rage for fashionable women.  That demand led to the wholesale slaughter of both the Great Egret above and the Snowy Egret for their breeding plumage.  Both species were nearly wiped out of the U.S., until a group of concerned citizens in New York rallied to their cause.  That early conservation effort not only saved the species from extirpation, it led to the formation of the Audubon Society in the early 20th century. 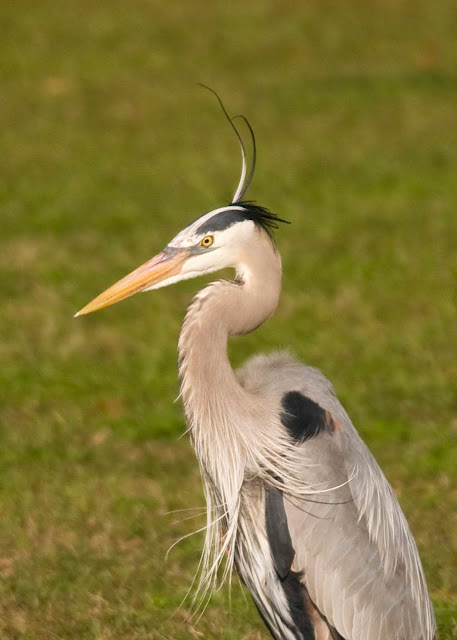 A diabolical looking Great Blue Heron.  Even in December you can find them at the edges of our lagoons, bills high in the air when warding off another male heron. 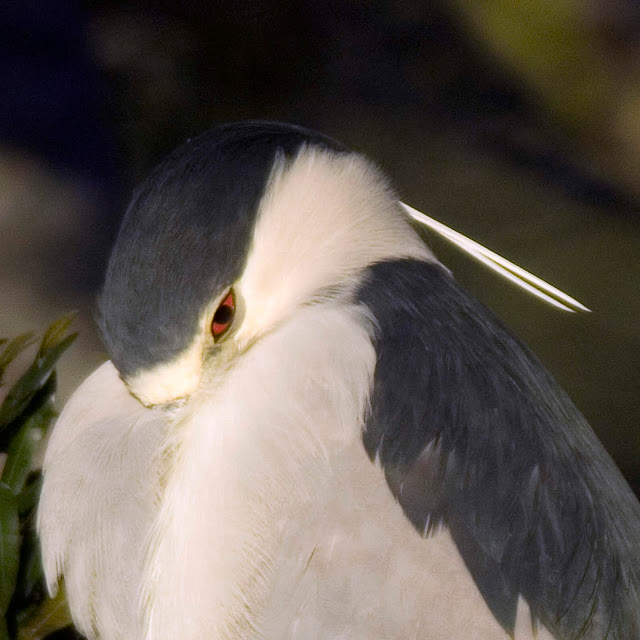 The night-herons sport more modest head plumes.  I suspect the length of those plumes may have something to do with attracting a mate. They bow and raise the plume in courtship display.
Posted by Russ Wigh at 9:06 AM 2 comments: